Applying for SMBWO certification has to be done through the professional associations. Each association has field specific requirements.

In the procedure leading to SMBWO recognition, the so-called Supervisory and Evaluation Committees (CTBs) play a central role. A separate CTB has been set for each specialty. The members of the CTBs are experts in the field concerned and are appointed on the recommendation of the professional associations. The committees, for each specialism one, tests, after the nomination of a candidate by his or her supervisor, if the person complies with the training requirements. Upon positive advice by the CTB, recognition by the SMBWO, in the particular specialty, follows and the candidate receives the SMBWO certificate.

In general: requirements for certification

Scientific workers who wish to apply for SMBWO registration for their training institutes may, after consulting with associations and the SMBWO’s Board, contact the SMBWO’s secretariat 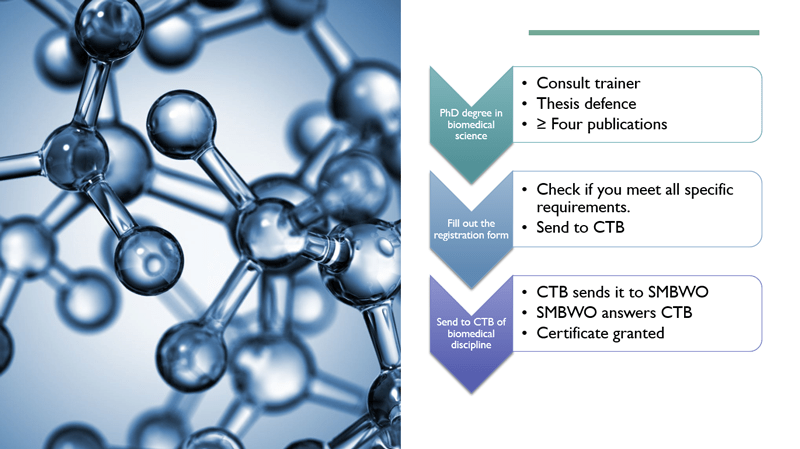 Information on registration per society

For general questions about the SMBWO you may contact the Secretary:

For administrative questions you may contact the secretariat:
Mw. I.F. Zonnenberg-Hoff